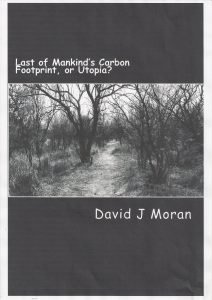 The book is fiction, however I have taken some of the worlds senseless outbreaks of violence as my main theme, with men’s and women’s ingenuity the power to succeed over all adversity for the common good, yet as in most of life the “self’ does come to the surface in either of the sexes! John Jones is my main character, who while working in the Security field with others, is deemed to be a target, who discovers encapsulation in an area he and colleges, did not know existed, that of being a victim, as they had done to unknown others, also experiencing pain as well as suffering as the same explosion that injured him, killed his wife. There followed months, and years of operations, with even more painful periods of rehabilitation, with further pressures from the Office to get back to work as soon as possible, for the Country without key men and professional workers, for now there was not available labour market, nor sufficient personnel to guard the Countries borders, or to patrol the streets in any numbers, to keep what inhabitants safe from crime, or what was regarded as necessities to live a normal life. Robotics had served the Country well, for not only as in all the military services, but all manner of duties that were being produced to take the shortfall of humans in all manner of areas. John Jones and colleagues as soon as they were able, managed to return to the work area, to take on tasks so diverse, requiring multitude of skills, seeking answers, where it would be easier, as well as less physically exhausting to continue in never ending problems that required action, by quitting one by one from the Office, the last of the human domain, or was it?

Purchase/Download: The Last Of Man Kind

Information from an Author